9th Annual Uptown Jazz Festival and State of the District 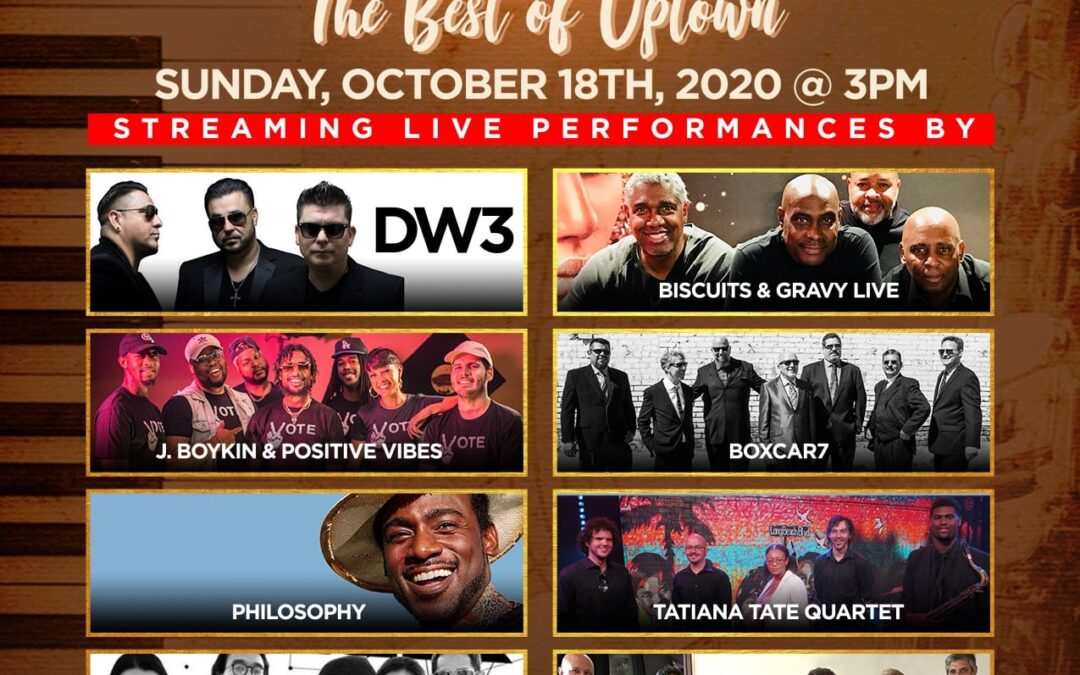 This year’s show includes performances from Uptown Jazz Fest favorites, community updates, and appearances from several “Special Guests.” Together, we will celebrate the people, the businesses, the landmarks, and the artists that make our community so unique.

Here’s where you can view the show:

DW3 – DW3 is a festival favorite who is Southern California’s premiere R&B, funk, and contemporary urban jazz powerhouse that always gives the crowd an upbeat show.

Philosophy – Charlie E. Scott is a poet and proud Uptown native who has seen the landscape of his beloved city grow simultaneously with his craft. A graduate of nearby Hamilton Middle School and Jordan High School. Philosophy blends history, culture, and a resounding message into the art that he creates.

Biscuits & Gravy Live – A band built on friendships that exceed 30 plus years.They all come from various parts of the LA Region, manifesting into a sound that will get you moving. Band members include David Wills (Drummer), Gene Durham (Bass), Emery ‘Funky E’ Beckles, and Kenny Harris (Lead, Background Vocals, & Percussion).

Boxcar 7 – Boxcar 7 is a high-energy seven-piece group. With a powerful horn section, a charismatic front man and a seasoned, funky rhythm section Boxcar 7 plays the best of classic R&B, soul, blues, swing and a bit of classic rock.

She Wears Black – Formerly ShyButFlyy, an Uptown Jazz Festival favorite and blues band with local roots, known for an electric and soulful sound.

Hosted by Mr. Quick – A Professional Disc Jockey Performer and native of Los Angeles that has combined his talent and education to build a reputation for himself which places him among the elite class of Top Disc Jockeys in our Nation. Tight blends, funky remixes, and timely cuts best describes his highly energetic performance.